Are you sure you want to reset the form?

Your mail has been sent successfully

Are you sure you want to remove the alert?

Your session is about to expire! You will be logged out in

An examination of an often under-appreciated biblical book 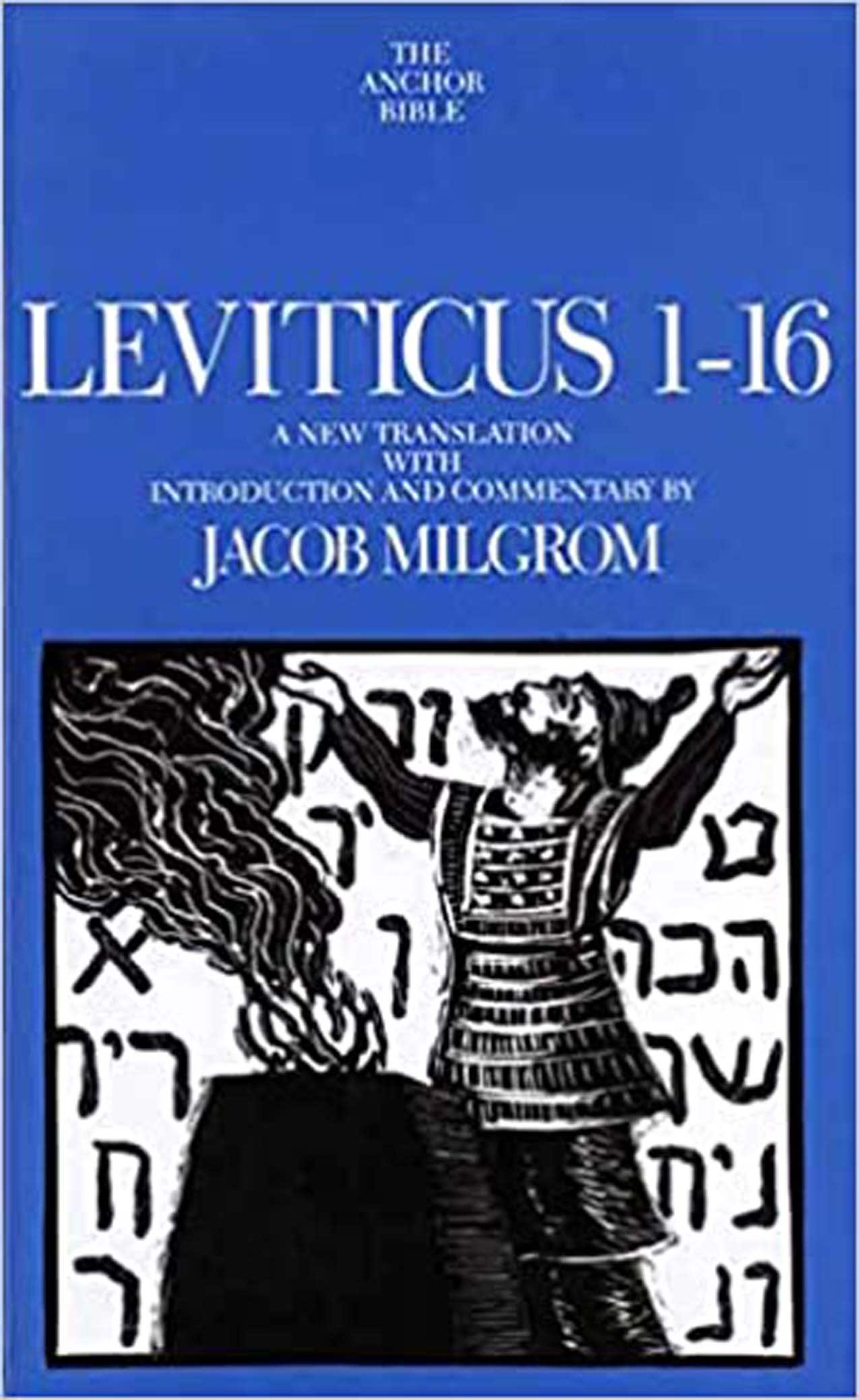 Jacob Milgrom, a rabbi and Bible scholar, has devoted the bulk of his career to examining the laws of the Torah. He provides incisive commentary on Leviticus and gives an authoritative and comprehensive explanation of ethical values concealed in Israel’s rituals. Although at first glance Leviticus seems far removed from the modern-day world, Milgrom’s thoughtful and provocative comments and notes reveal its enduring relevance for contemporary society.

In this richly detailed volume, the author traverses the shoals of legal thought and liturgical practice in ancient Israel. He clearly explains the role of the Tabernacle of the Wilderness as the all-important center of Israelite worship, the locus of the priestly orders, sacrificial rituals, and practices of purity to which the congregation repaired for penitence and reconciliation, restoration, and renewal. At the heart of the dwelling place of God was the real presence of the God of Israel, present through his splendor in the midst of the camp and the congregation—a permanent sign of the unique privilege and responsibility of Israel, perceived as a worshipping and serving people.

Click here to read the introduction to this volume, and here to read an excerpt from the Biblical commentary.

Bloomsbury Religion in North America represents a commitment to issues of diversity that have contemporary relevance for society. Religion, race and ethnicity, the environment, gender and sexuality, religious pluralism, and religion and politics are examined to lead us to new explorations of religious scholarship. 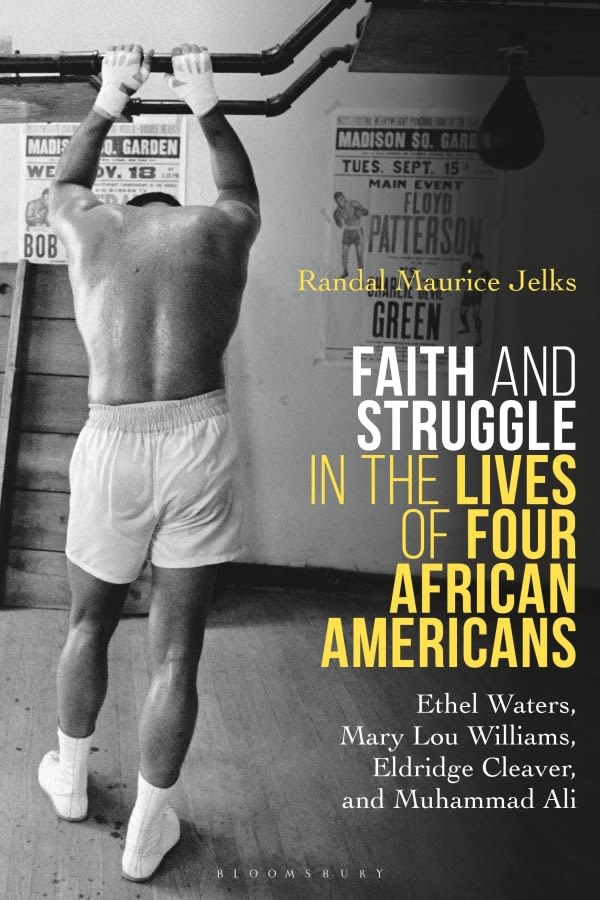 Faith and Struggle in the Lives of Four African Americans

Christianity in North America has a fascinating history that continues to unfold in profound ways. 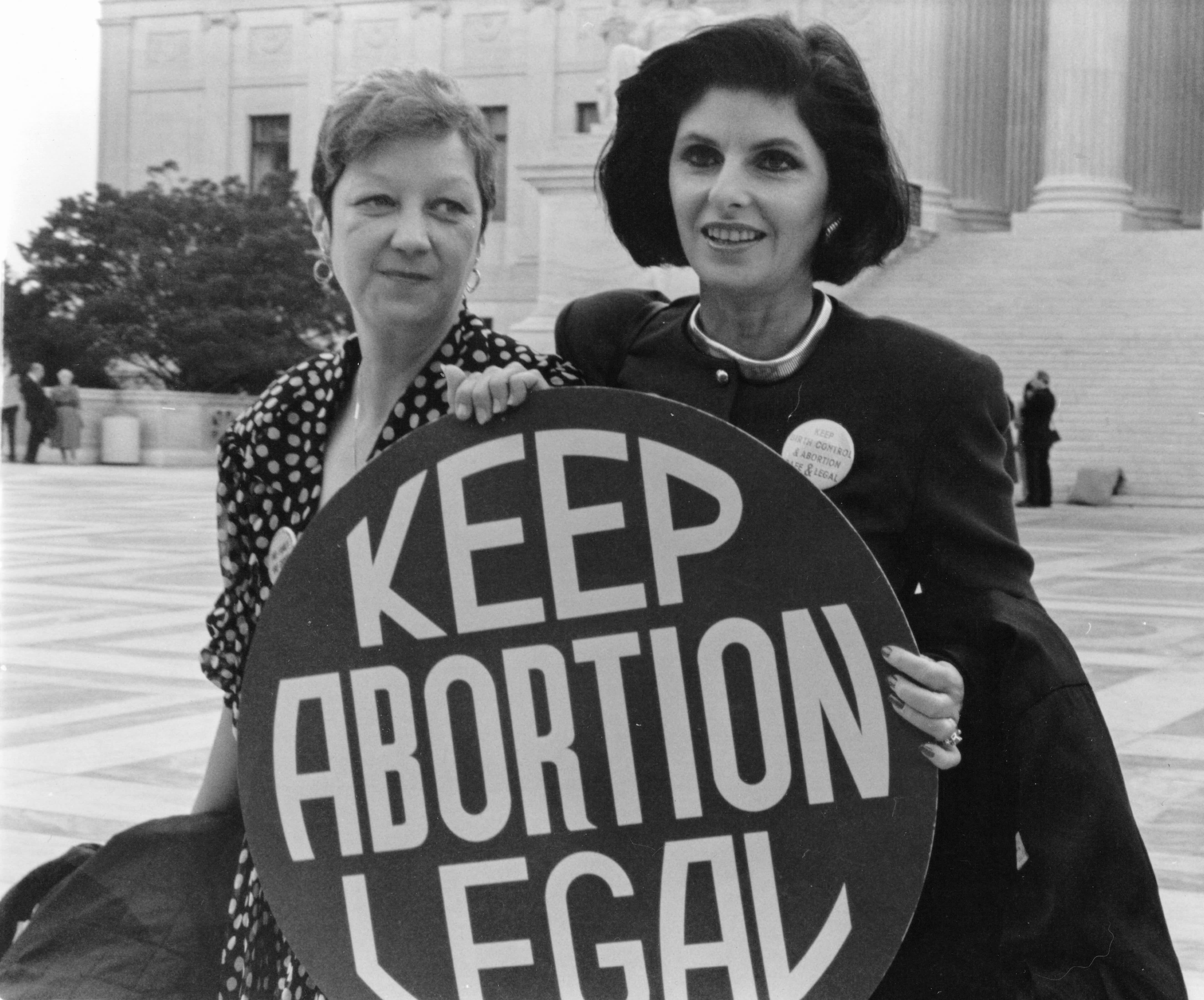 Sex and Sexuality in Christianity

Sex and sexuality, along with closely related issues of gender, have been consistently hot topics among American Christian communities. These topics have included—but are not limited to—women’s ordination, LGBT inclusion, sex education, abortion, evangelical marital sexuality and purity culture, and sexual scandals.

Find out more by reading the article Sex, Sexuality, and Christianity 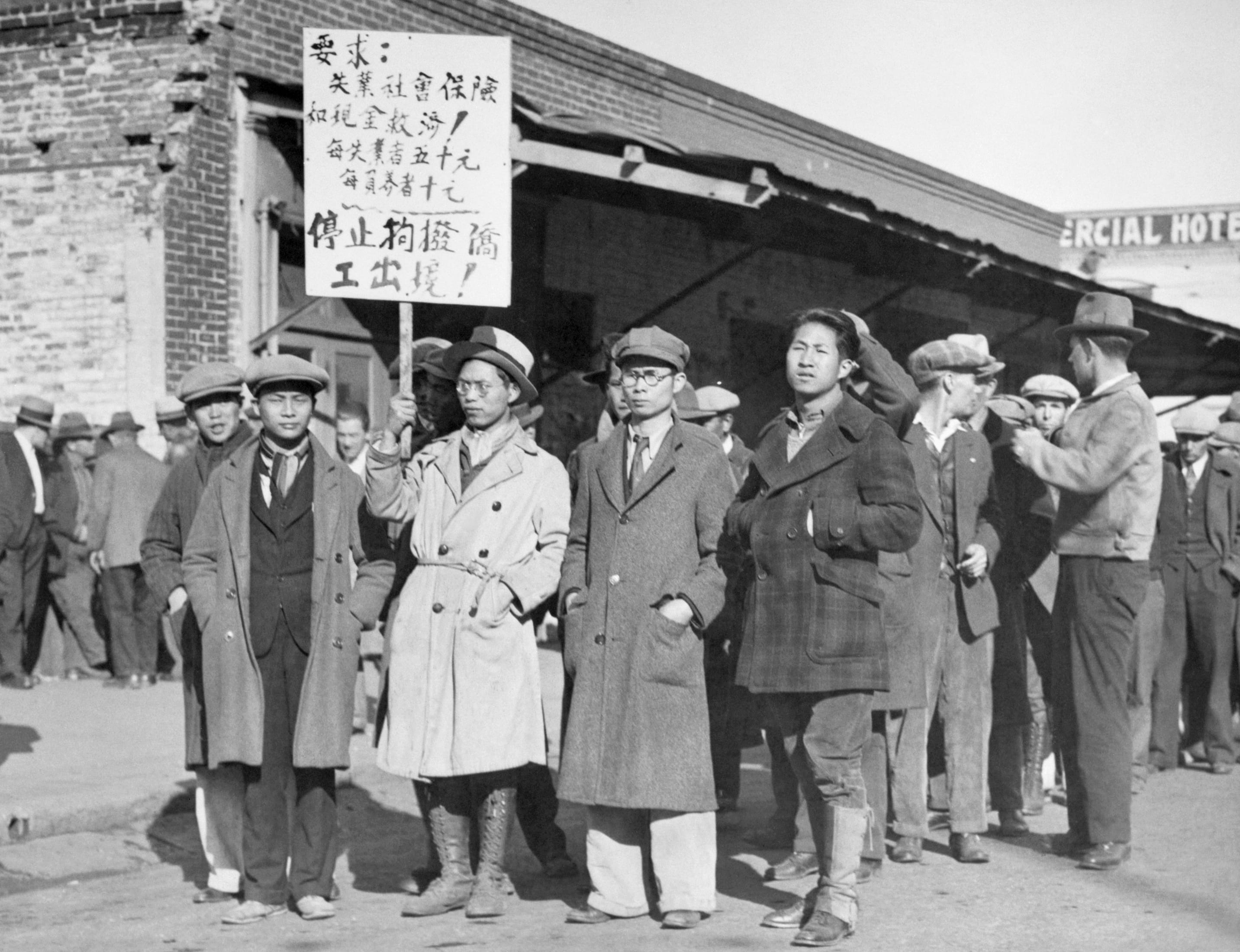 To define what it means to be Muslim is not easy. Internally, the questions of who is inside and who is outside the community is a fraught discourse, tied not only to questions of theology, but of power and politics. 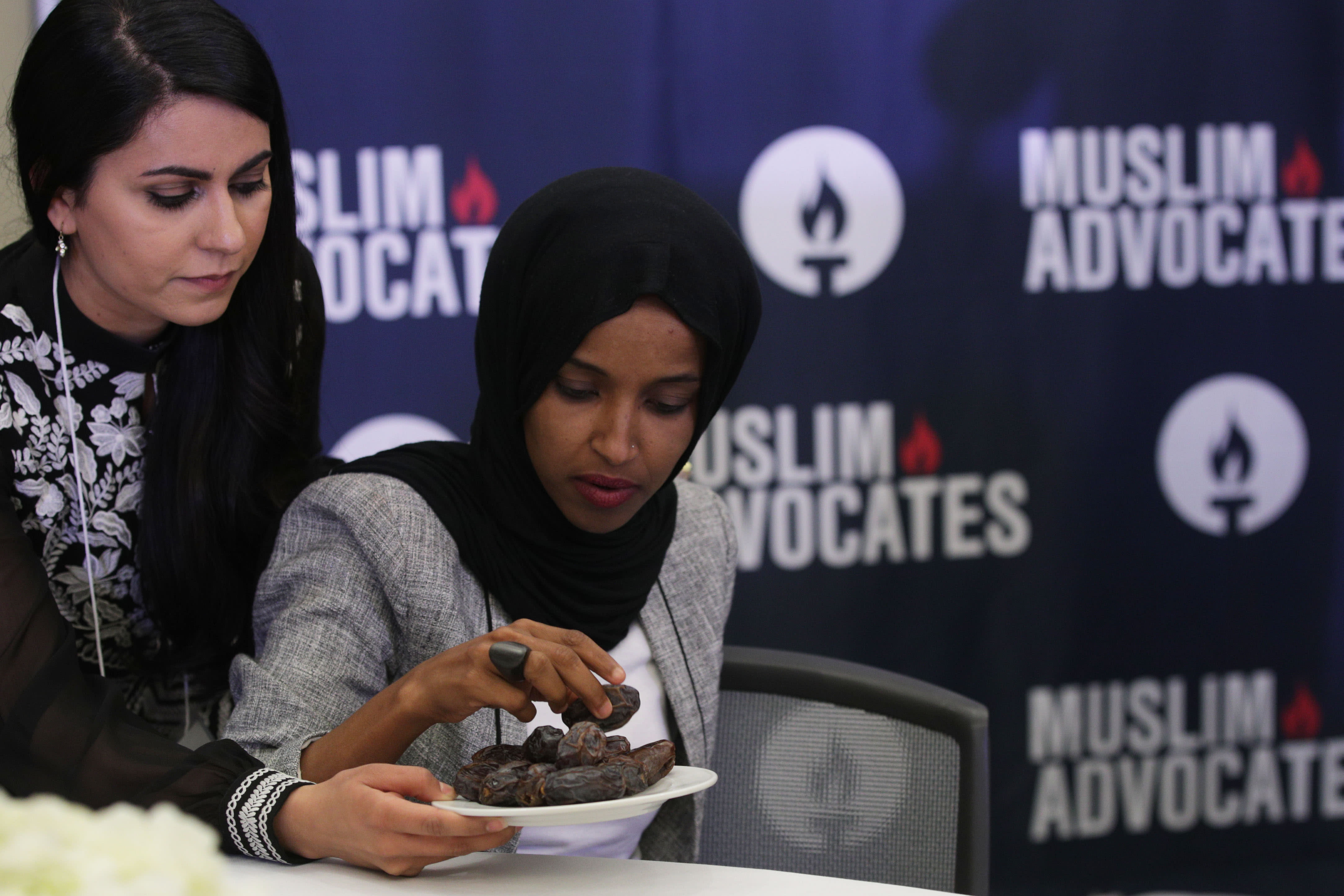 Trace how the study of gender reveals trends in how religion and Islam are a part of public and political discourses specific to North American locations and concerns. 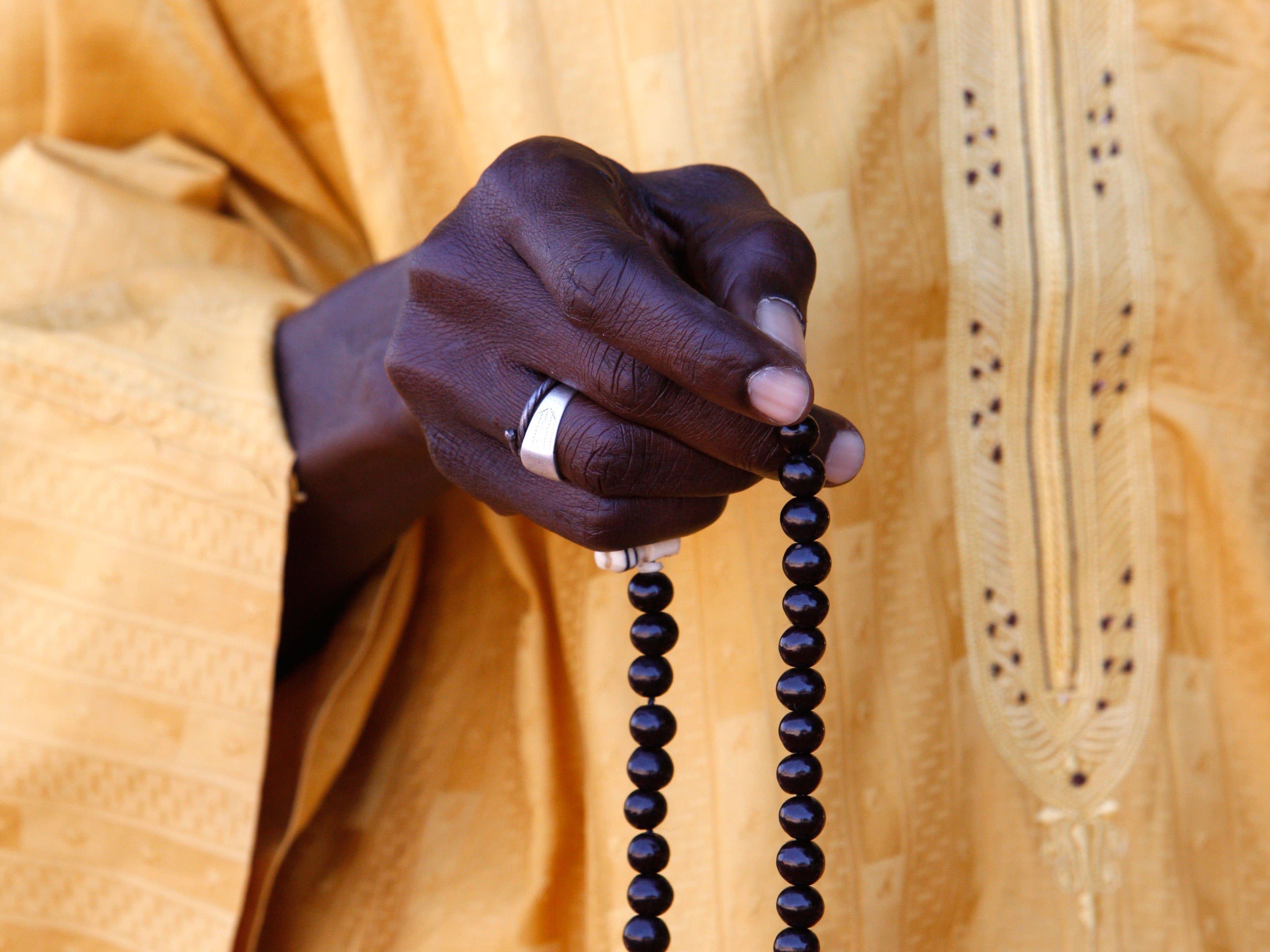 The Black Experience in Islam

Uncover the dynamics of the founding of early Muslim organizations as well as their histories and examine the trajectory of Islam in Black America. 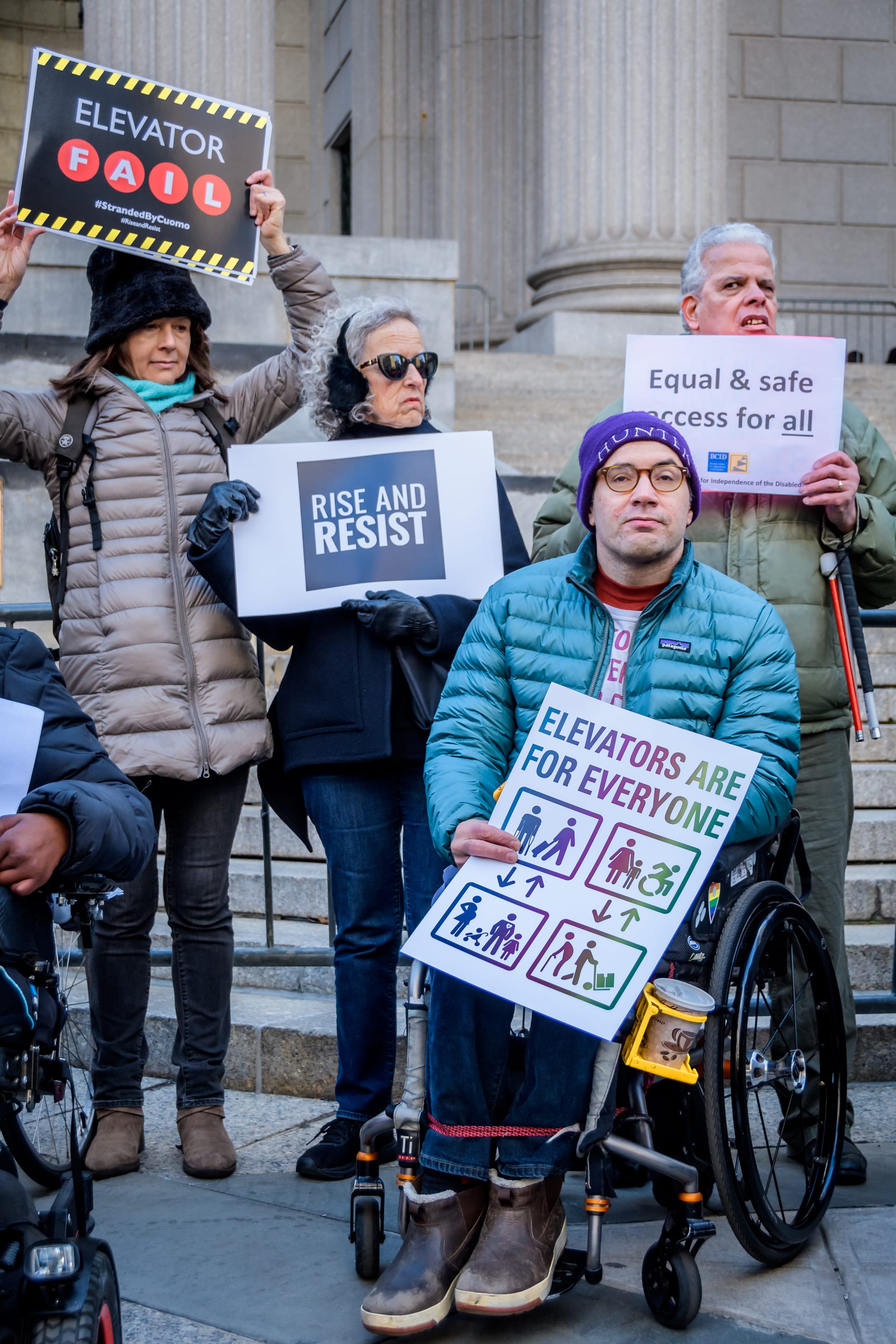 Religion and the Environment

How do religious ideas shape the ways that humans interact with the rest of the natural world? In particular, how has the history of religious ideas and actors in North America shaped human-human and human-earth relations?

In the connections among religion, nature, and disability, religions are called on to confront a number of moral and spiritual challenges.

Find out more by reading the article Religion, Nature, and Disability


Catholicism in History and Society 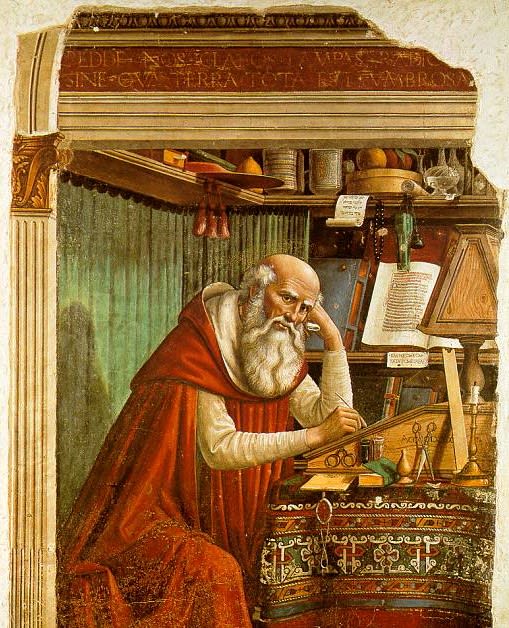 The Bible in the Life of the Church

The launch of the Library of Catholic Thought is also the launch of the third edition of the Jerome Biblical Commentary, the most significant Catholic commentary on the whole Bible in the English language. Its publication warmly endorsed by Pope Francis himself – digitally exclusive to Theology and Religion Online provides an up-to-date Catholic commentary on scripture with topical articles focusing on the Bible in the Life of the Church and offering diverse perspectives. 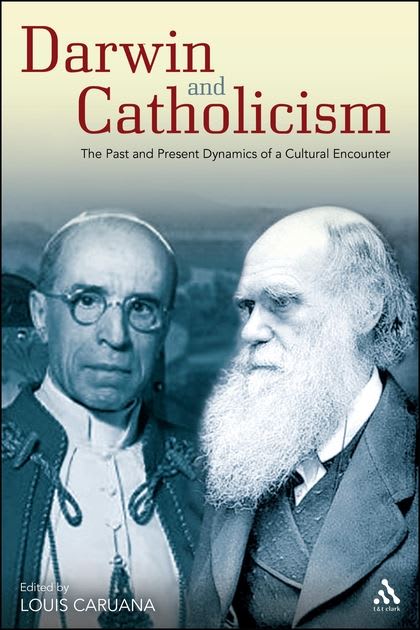 Throughout modern history scientists have grappled with reconciling the biblical account of creation with advances in scientific understanding. Beginning with Galileo and moving to the significant impact of Charles Darwin’s evolutionary theories Catholicism responded in dynamic ways looking at how evolution can be considered within Catholic thought.

Ecological concerns are at the forefront of many peoples’ minds, and have formed a major part of Pope Francis’ pontificate, as outlined in his encyclical Laudato Si. Pope Francis interacted with the latest scientific thinking in order to present his bold vision of theological interconnectedness that calls Catholics to action in the care of humanity’s ‘common home’. 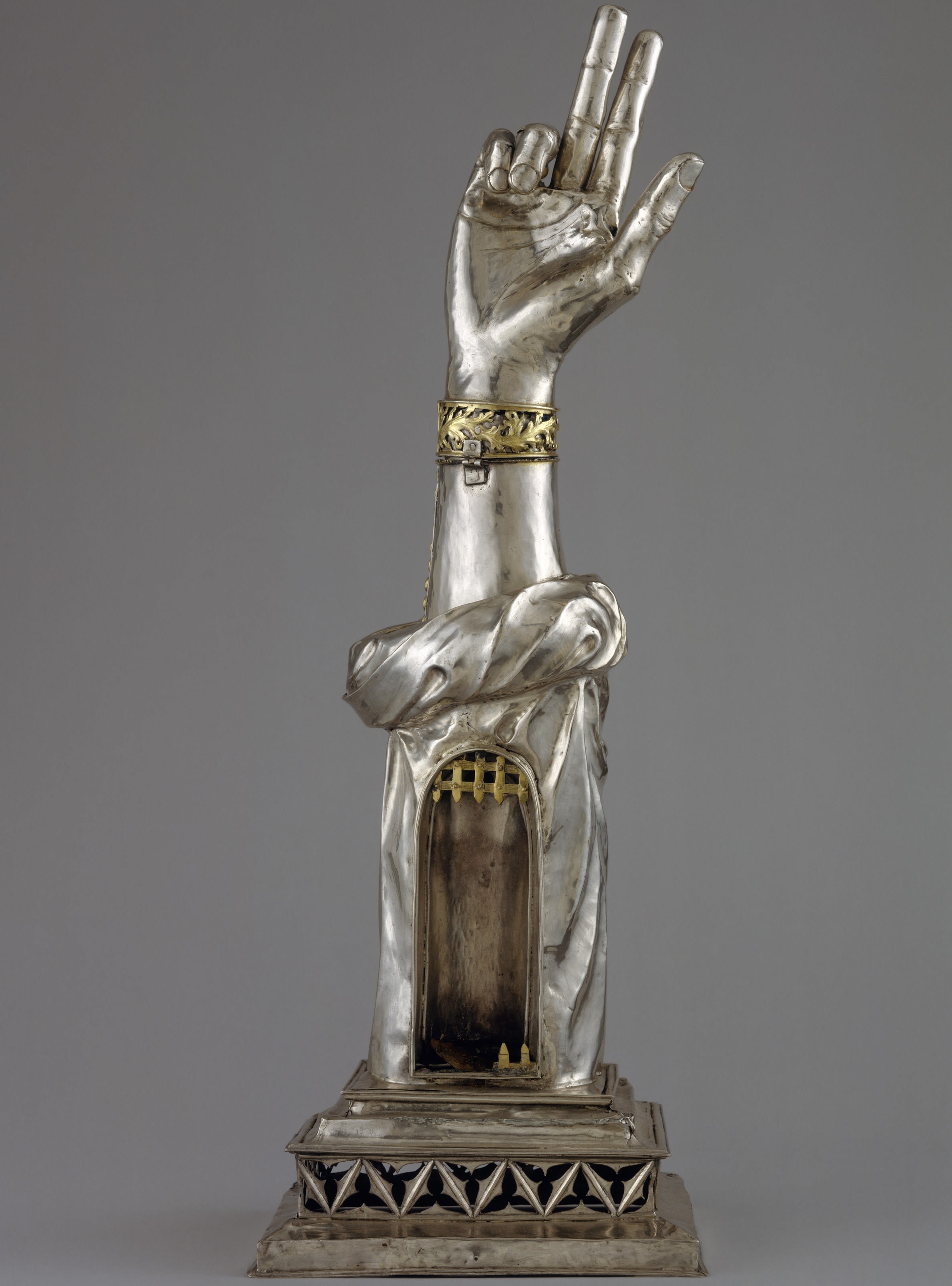 The Library of Catholic Thought features a specially selected image exhibition gallery from the Metropolitan Museum of Art, which provides an overview of the history and visual culture of Roman Catholicism. The images focus on depictions of key figures and places in Catholic history, such as the Evangelist Saint Luke or Saint Bridget of Sweden, liturgical items, reliquaries and changing artistic depictions over time. You can explore this rich and diverse collection by browsing the image gallery or through our dedicated timeline. 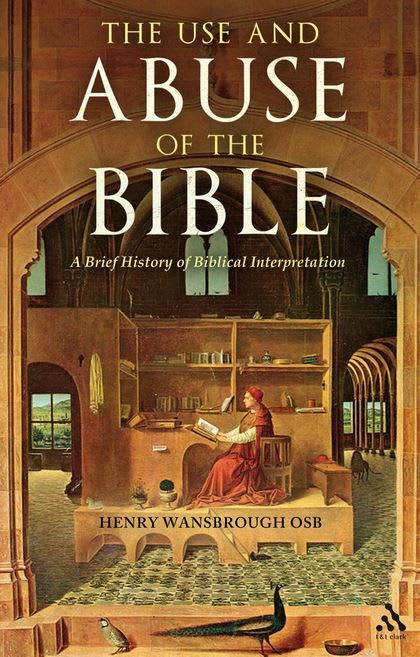 Former member of the Pontifical Biblical Commission and Chair of the Oxford Theology Faculty, Dom Henry Wansbrough’s The Use and Abuse of the Bible offers a rich and sometimes problematic history of biblical interpretation from the use of the Old Testament by the New Testament writers to the role of the Bible in the Israel/Palestine conflict.

In modern times the relationship between Catholicism and world religions has become more important given the diverse nature of modern culture. Since the Second Vatican Council the Church has taken a more open stance on other religions, celebrating elements that these faiths have in common whilst also being mindful of their differences.

Jesus in History and Culture

The impact of Jesus in western history has arguably been greater than that of any other human being who has ever lived. With the launch of the T&T Clark Jesus Library this month, find out about the historical figure of Jesus in his first-century milieu and about how that historical figure changed and morphed through time in art, film, and society. 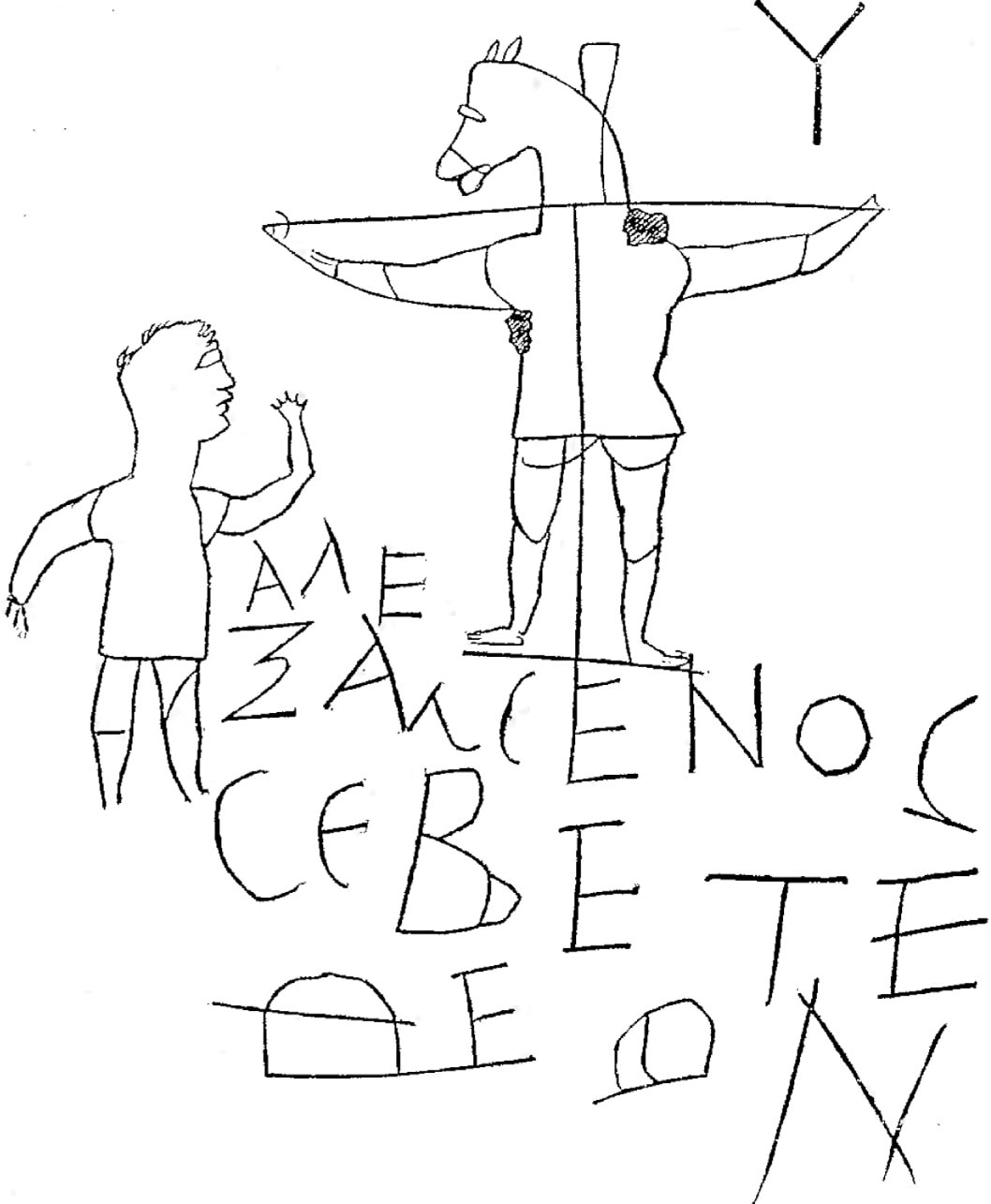 The earliest receptions of Jesus

The figure of Jesus was received in widely different ways in the ancient world. Before the earliest manuscripts available of the texts that made up the New Testament information about Jesus was spread through different means, orally, in letters and annals and even in graffiti as the famous Alexamenos Graffito shows. It was intended to mock Christians for worshipping someone who was crucified. Dating from the early 3rd century it may be the earliest surviving pictorial depiction of Jesus, and it shows him with the head of a donkey. 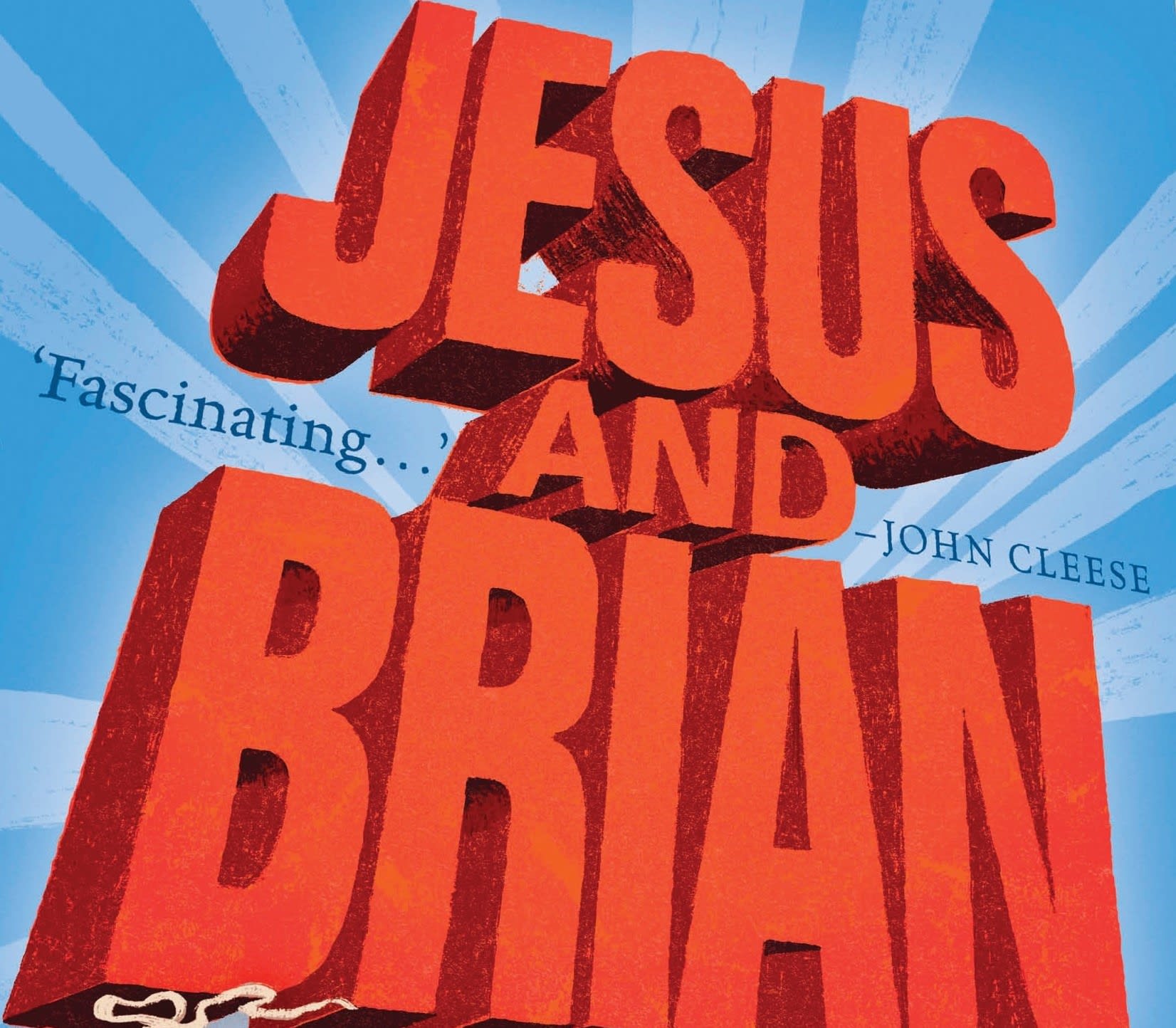 Was Jesus a Brian?

Monty Python’s landmark film The Life of Brian was the result of a remarkable amount of research on 1st century Judea and the political atmosphere at the time. George Brooke examines Brian as a ‘teacher of righteousness’ and an accidental figure of worship, asking the question of whether or not Jesus was a ‘Brian’. 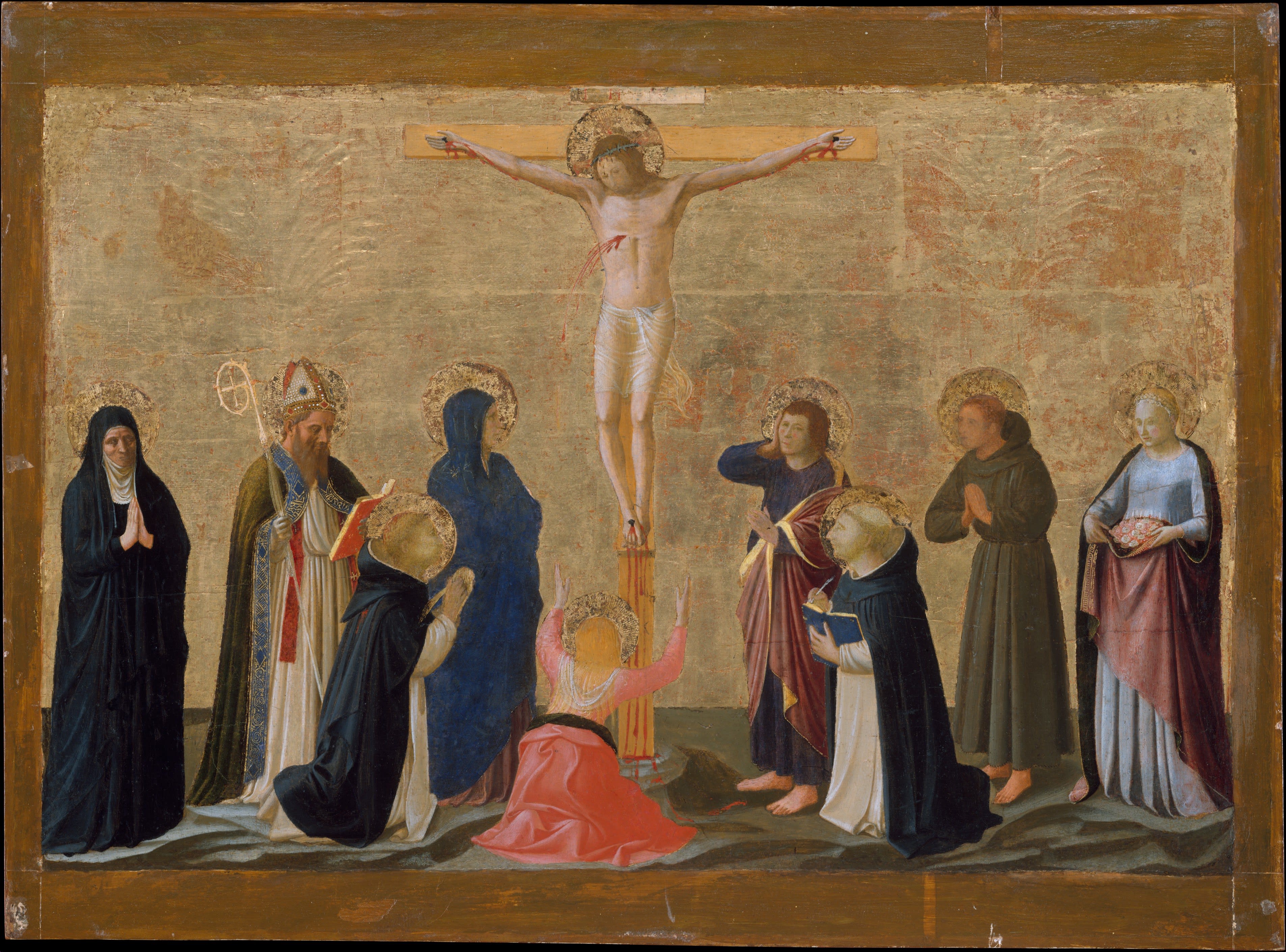 Art historian and biblical scholar Katie Turner’s specially selected collection of images from the Metropolitan Museum of Art shows key images related to the study of Jesus and his impact in history, from archaeological finds from Jesus’ own time through to modern depictions of Jesus in art and devotional materials. 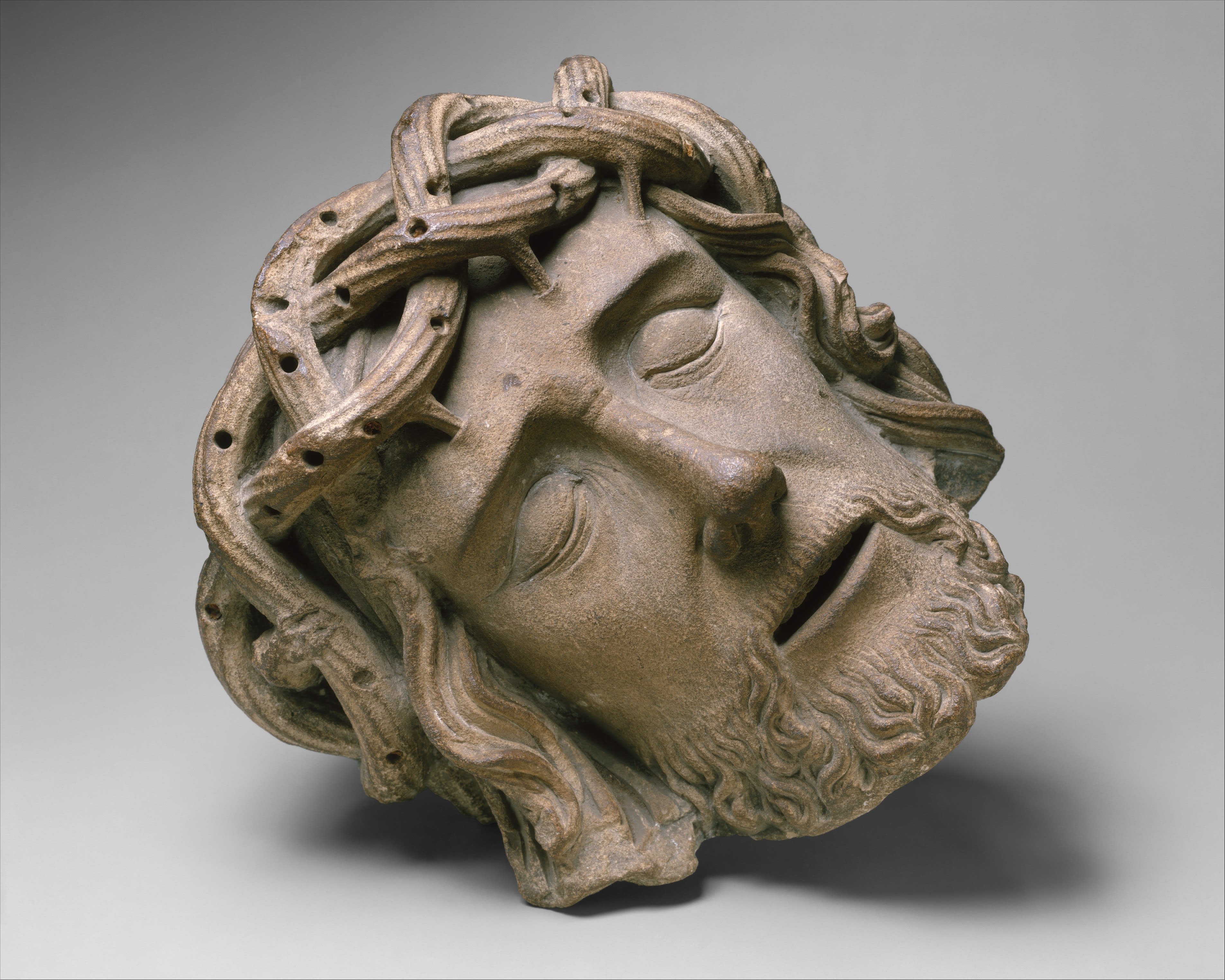 Head of Christ (© Public Domain, sourced from The Metropolitan Museum of Art).

Exclusive articles throughout the resource focus on key topics. This one by Lynne Moss Bahr looks at Jesus in postmodern philosophy, and showing how many recent developments in New Testament studies can trace their origins in the interest of continental philosophers such as Alain Badiou, Giorgio Agamben, and Slavoj Žižek in early Christianity. 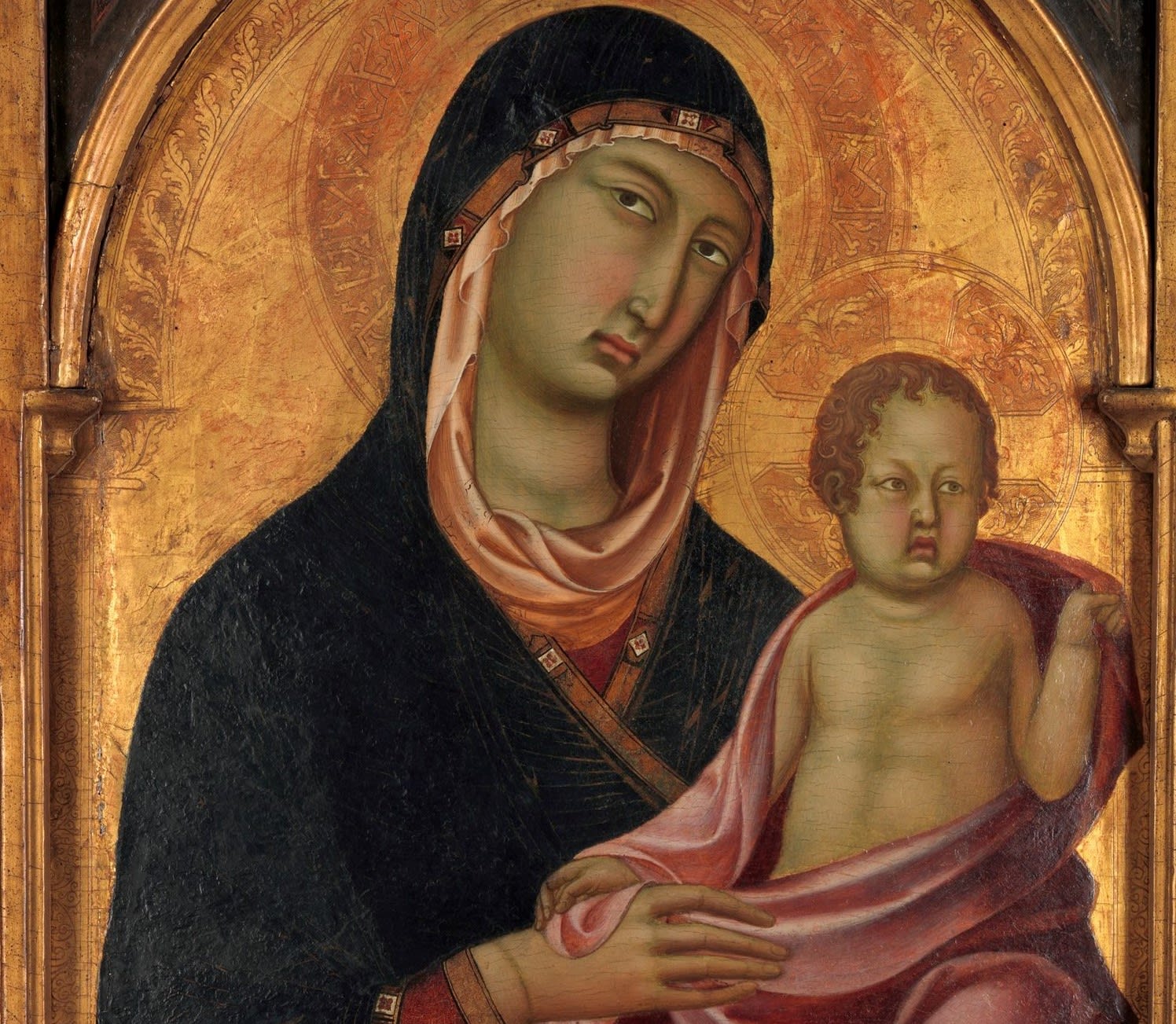 What was Jesus like as a child? The infancy gospel of Thomas confronts its readers with a very different Jesus – a child who sometimes kills and harms others for trifling faults. So why is Jesus portrayed as acting in such an 'unchristian' fashion? Robert Cousland focuses on three interconnected representations of Jesus in the text: Jesus as holy terror, as child, and as miracle-working saviour.

With the release of additional titles to the T&T Clark Theology Library in August this year, discover the works of some of the key theologians featured within this resource through eBook and uniquely commissioned article content. 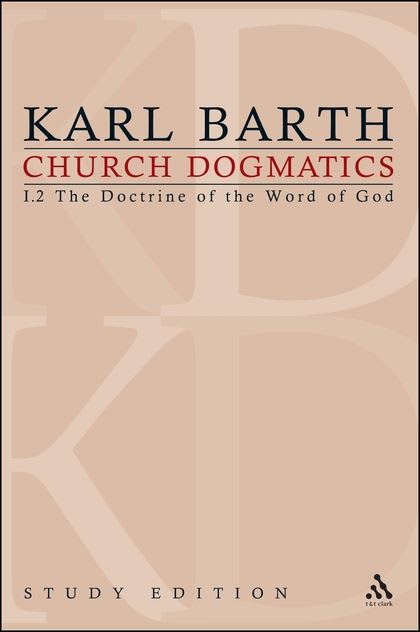 In his new introduction to Barth as a Protestant theologian, Dr Declan Kelly suggests that Barth possessed an ‘intense zeal for the integrity of Protestant theology’, and that he was compelled to carve out a new future for this tradition. 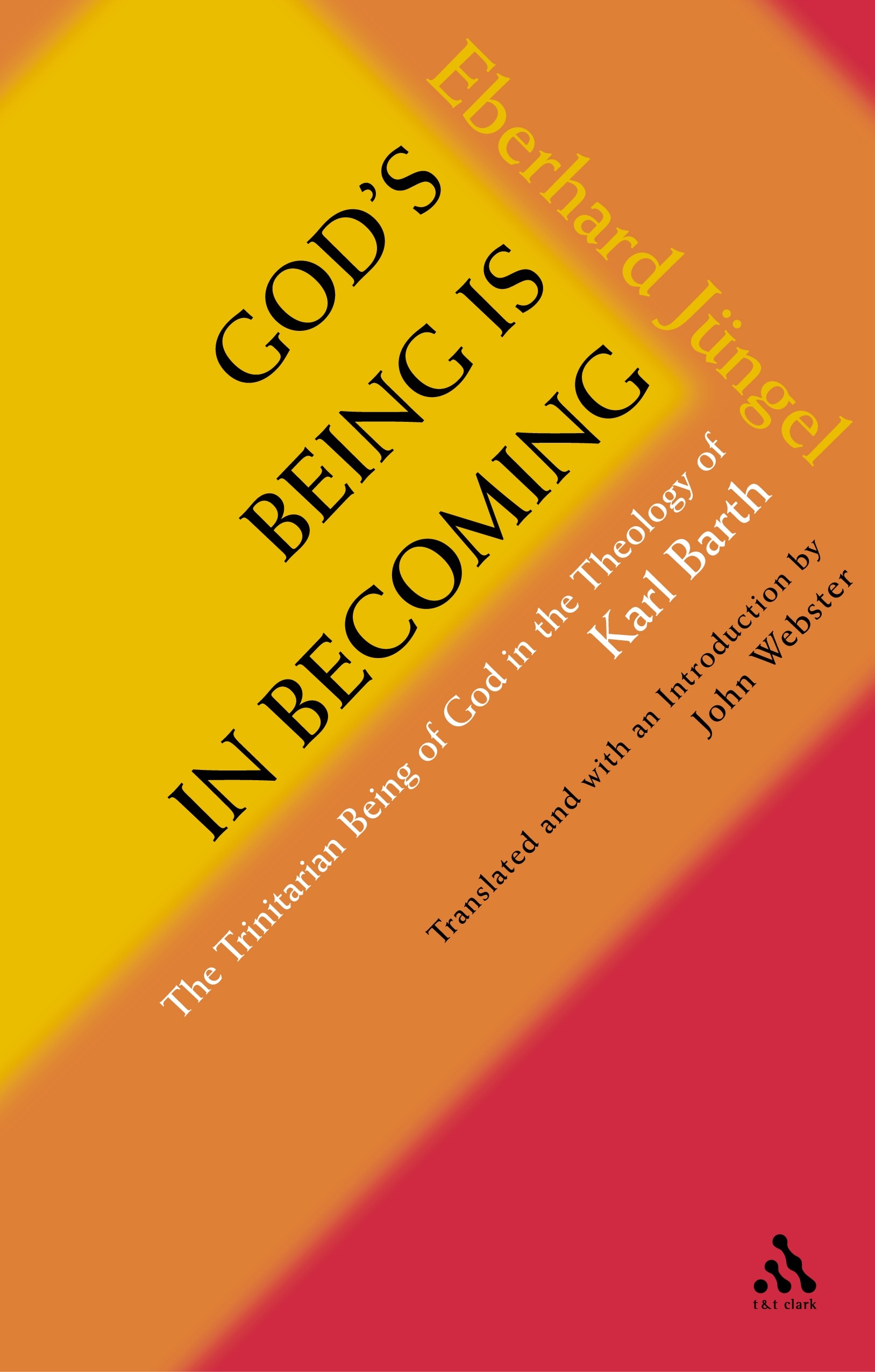 T&T Clark is home to most of the English translations of Jüngel’s works already made available. Dr R. David Nelson eloquently introduces Jüngel’s contributions to modern theology, describing him as ‘a theologian of exceptional gifts casting a breath taking vision of dogmatics as astonished and joyful reflection on the interruptive truth of the Christian gospel.’ 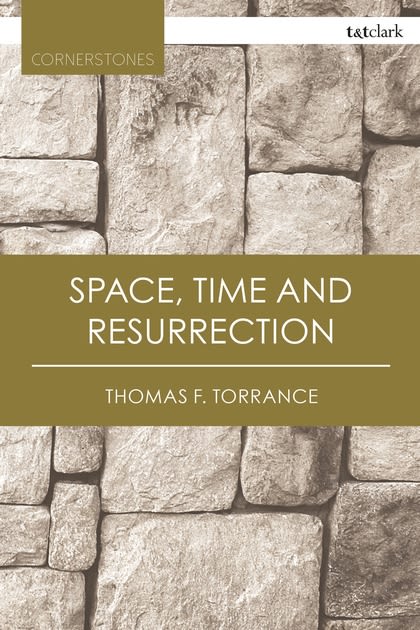 Thomas F. Torrance’s development of dogmatic theology allows for an integration of all Christian doctrine, in such a way as to offer sensible and compelling explanations of the Christian faith. Professor Paul D. Molnar focuses on the significance of Torrance’s dogmatic theology, particularly his understanding of the Trinity, Creation, Incarnation and Atonement, with a view toward encouraging readers to study his theology themselves. 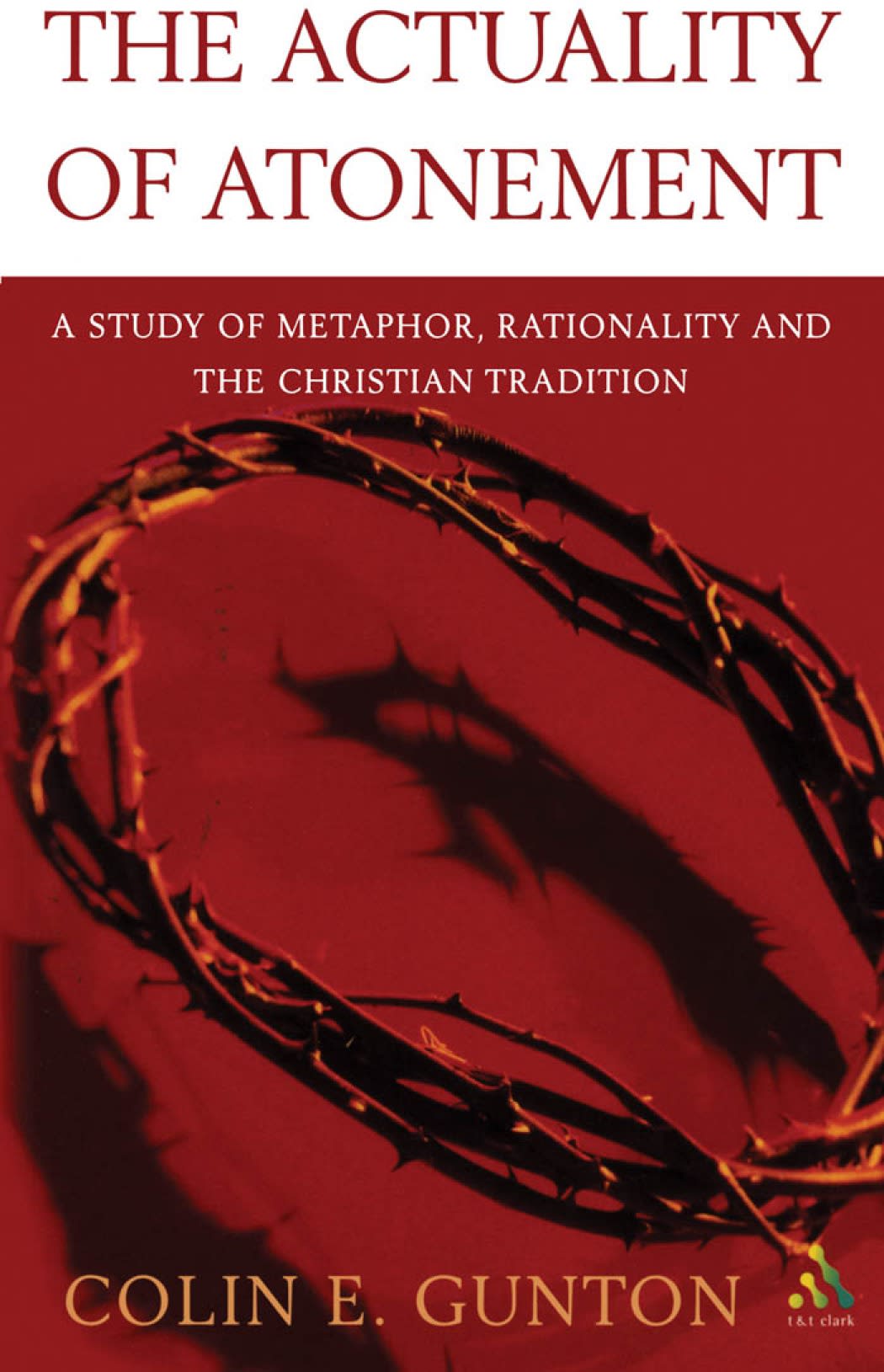 Colin Gunton to this day remains a highly influential and inspirational figure, who regarded the triune God- God as Father, Son and Holy Spirit – as making a genuine and actual difference to the world, and that every other doctrine or theology by necessity must treat God’s triune nature as determinative for them. Dr Terry J. Wright outlines each of the major books that Gunton either authored or edited and published with T&T Clark over several decades. 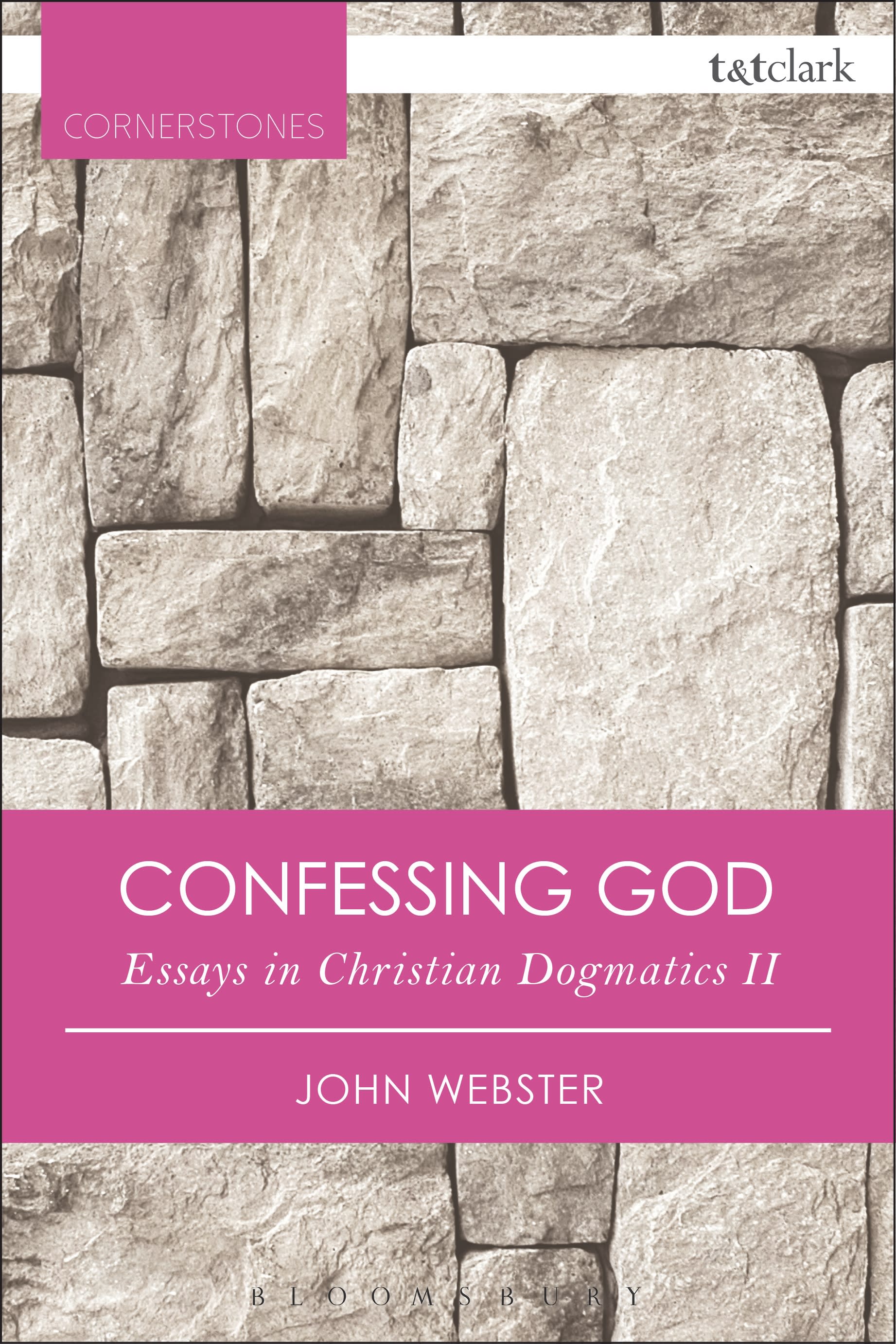 John Webster was one of the leading theologians of the 21st century, inspired by Eberhard Jüngel and Karl Barth and writing in the area of systematic, historical, and moral theology. Professor Michael Allen teaches us what it would mean to read John Webster well, by identifying three key elements of his own theological witness.